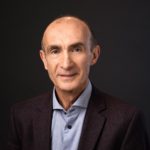 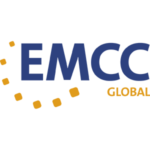 At the end of day 1 of our conference, we invite you to join us and to ‘ seize the day by connecting with other coaches, mentors, and supervisors.   Why not end the day on a high, by taking the opportunity to share your insights on how we can re-charge, re-energise, and be at our best.  So register for this sessions, come along, and join in the conversation. We look forward to seeing you!

Billy Byrne is a leadership development specialist and executive coach. In addition to his own coaching practice, which he launched in 2012, he is an associate at KinchLyons, Organisational Psychologists, where he coaches at senior leadership levels across a broad range of industry sectors. He is also an Associate Faculty Member at the Irish Management Institute where he delivers programmes on High Performing Teams, Organisational Politics & Culture, and Decision-making. He is a module leader on the MA (Existential Coaching) at the New School of Psychotherapy and Counselling in London.

Billy is a certified practitioner and trainer in a number of trait-based and ability-based Emotional Intelligence assessments. He is an EMCC accredited coach (EIA) at Senior Practitioner level and is a volunteer for EMCC Global as well as an EIA/EQA Assessor. His hobby is endurance running. He has completed 26 marathons and two ultra-marathons. He lives in Dun Laoghaire on Ireland’s east coast.

Sylviane Cannio is one of the pioneers of coaching in Belgium. She started her coaching career with a ‘coach attitude’ during her executive training and classes at the university where she was teaching Strategic Management. She began accompanying teams in 1994 and later on individuals. She accompanies executives and leaders on four continents. As a true globetrotter, multilingual, and multi-cultural, she trains mentors and supervisors in several countries, mainly China with MentoringCo and Russia with The Academy of Coach Supervision and Mentoring. She is a well-appreciated keynote at major conferences and likes to link people around the world. Her book ‘Coaching Excellence’ written with Viviane Launer is available in English at LID Publishing London and in French, in Spanish and in Russian.  She is an EMCC accredited coach (EIA) at Master Practitioner Level and accredited supervisor (ESIA).