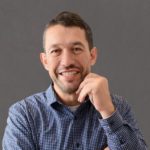 25 years: a look back and a vision for the future

Since 1994, I have been involved in team communication research (first in the military and space research) and its improvement, which has resulted in the development of team coaching practices. From about the same time I came into contact with people who did not need therapy and at the same time needed a guide and this led to coaching which I have been offering since 1996 within the company I founded QED GROUP. I was able to follow the gradual development of coaching in the Czech Republic not only from the point of view of the corporate environment but also from the point of view of the academic environment where I started teaching coaching psychology from 2008 (hand in hand with coaching training). In 25 years coaching has come a long way in the Czech Republic and around the world.

In this session I will describe not only the key shifts in the use of this service but also the estimated prediction of the further development of the next 25 years, which is a time that will allow us to experience what it will be like in the end. For all of the predictions and visions I will be talking about, I will reveal at least one. Coaching crosses the boundaries of the atmosphere and reaches Mars.

Radvan Bahbouh have been practicing coaching for more than 25 years. He studied Mathematical statistics and probability theory, Art Therapy, Psychology, and Medicine. His many years experience in coaching and his studies have led to him to create an original method Sociomapping. that analyses increases communication in teams and organisations. This method was also used in cosmic research Mars 500 in simulations of flights to Mars. In 1996 he founded the company QED GROUP which operates in applied psychology and behavioural economics fields for individuals, teams, and organisations.

He also works didactically with coaching.  He is a teacher/lecturer of coaching in the psychological department at the Faculty of Art, Charles University, Czech Republic. He is is an EMCC accredited coach (EIA) at Senior Practitioner level. Besides coaching he has also several psychotherapy training courses and a practice focused mainly on crisis intervention. He is the author of many publications such as Sociomaping of Teams, Tale of a Lost Landscape – Psychology of self coaching.